Channel Letters are custom-made dimensional letter signs constructed of metal and / or plastic and utilized most often in exterior signage applications. Dimensional letters are typically used as fixtures on parts of business buildings, churches or any other organization for as a high-impact architectural element with messaging or branding objectives. Channel Letter signs we fabricate often are electronically illuminated, which enhancse the dramatic look of the sign, itself, as well as adding evening ambient lighting effects to the surrounding landscape or building facade. 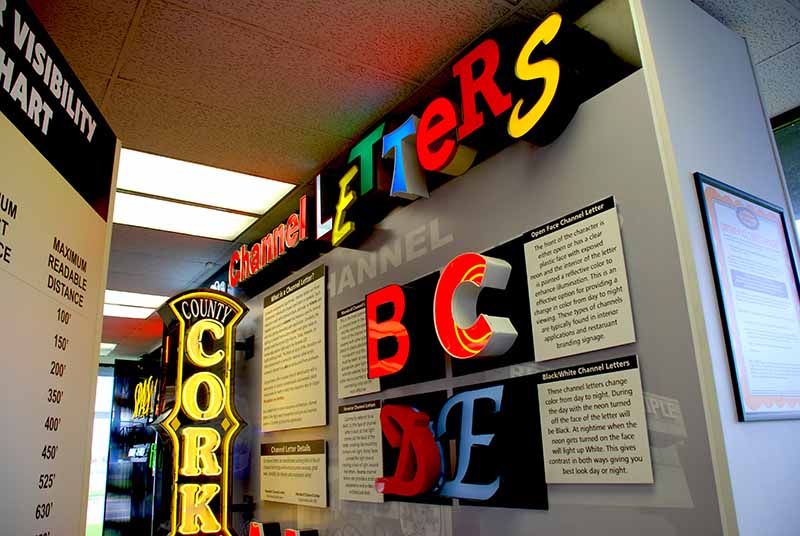 This is the most common style of Channel Letter in the industry and the most affordable.
The front of the Channel letter is covered with either pigmented plastic or plastic decorated with translucent vinyl film. Care must be taken to match the appropriate color light source with the selected face color. Letter returns, painted a dark or a contrasting color, are the most effective.

The front of the character is either open or has a clear plastic face with exposed neon and the interior of the letter is painted a reflective color to enhance illumination. This is an effective option for providing a change in color from day to night viewing. These types of channel letter signs are typically found in interior applications and restaurant branding signage. 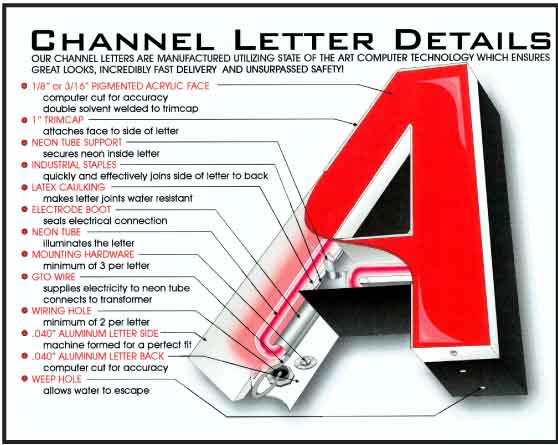 Commonly referred to as “Back Lit”, this type of Channel Letter is built so that light comes out the back of the letter, washing the mounting surface with light. Metal faces conceal the light source creating a halo of light around the letters. Reverse Channel Letters can provide a striking appearance and a clean, architectural look.

These Channel Letters change color from day to night.  During the day, with the neon turned off, the face of the letter will be black.  At nighttime , when the neon gets turned on, the face will light up white. This gives contrast in both ways giving you the best look day or night. 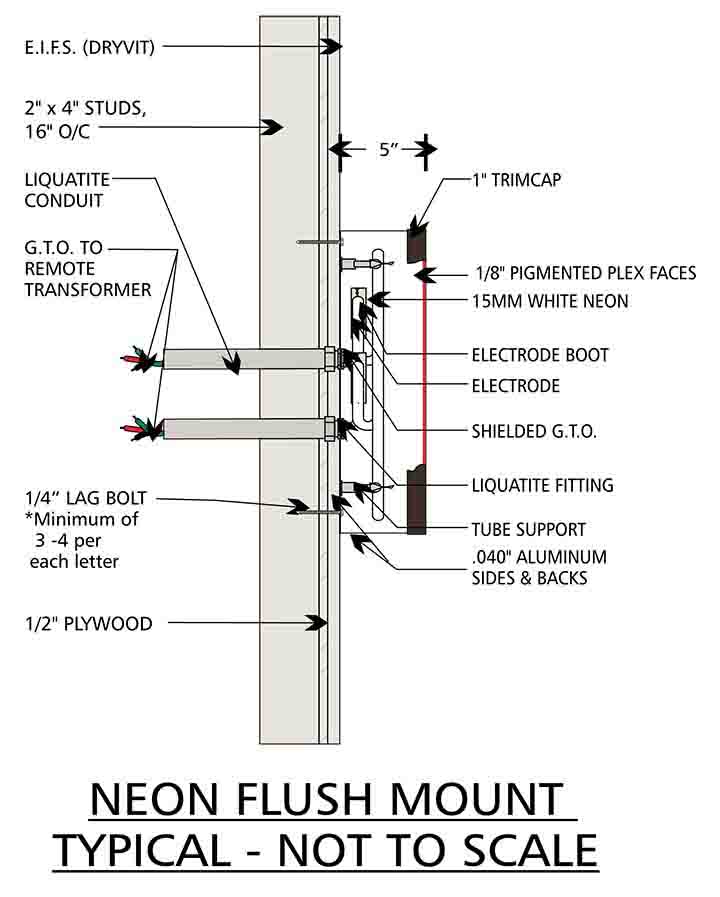 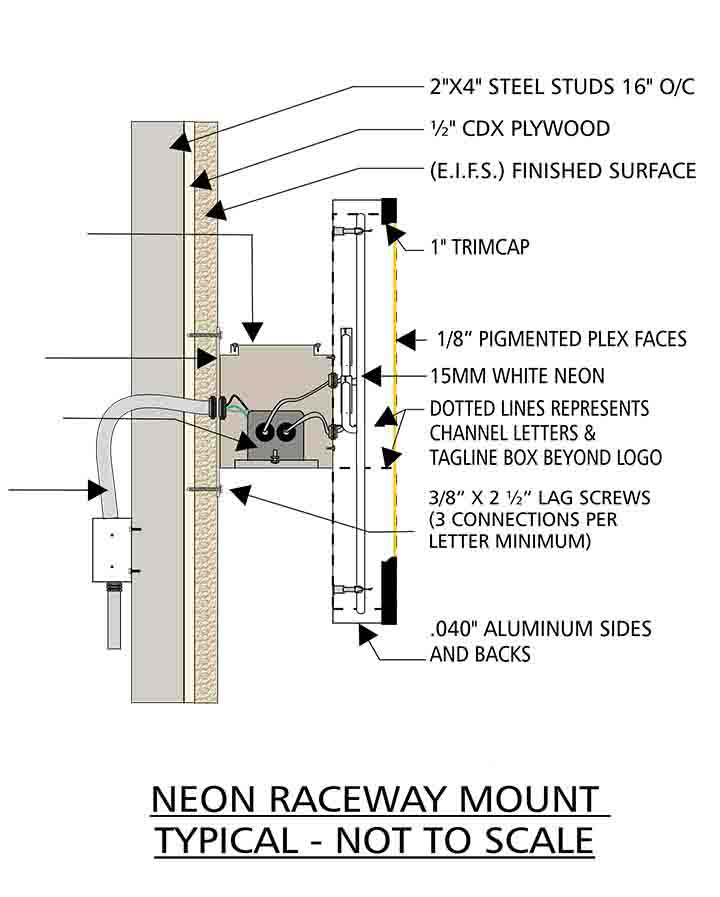 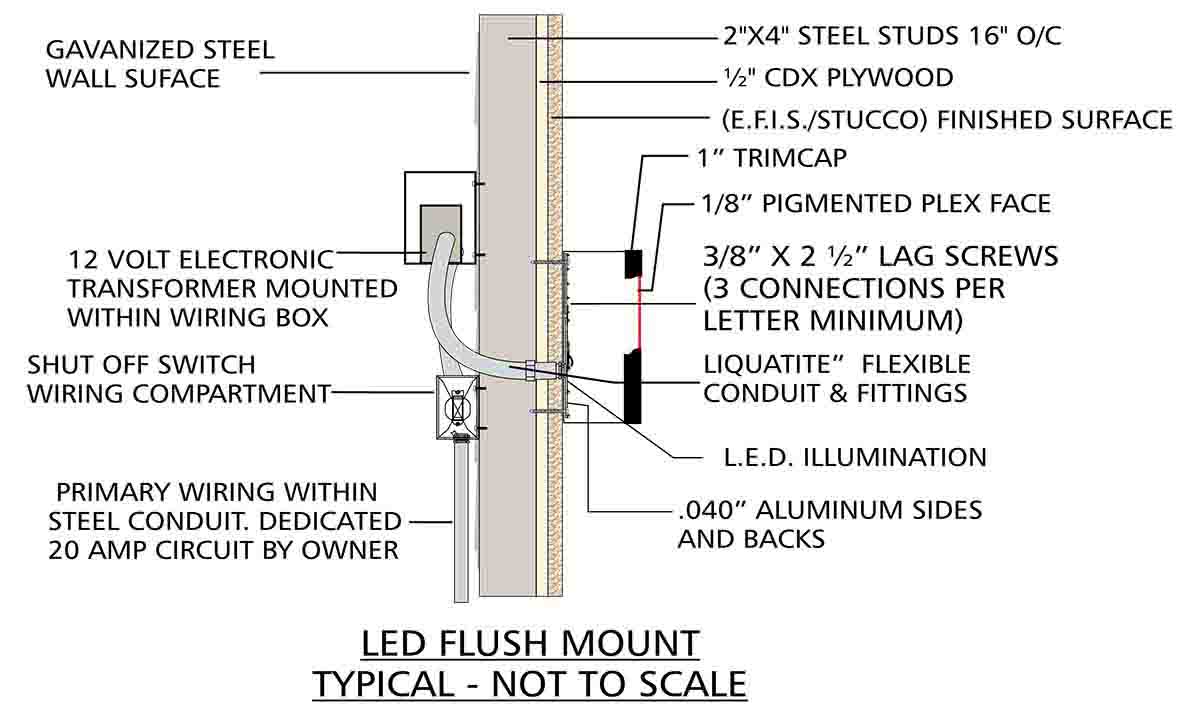 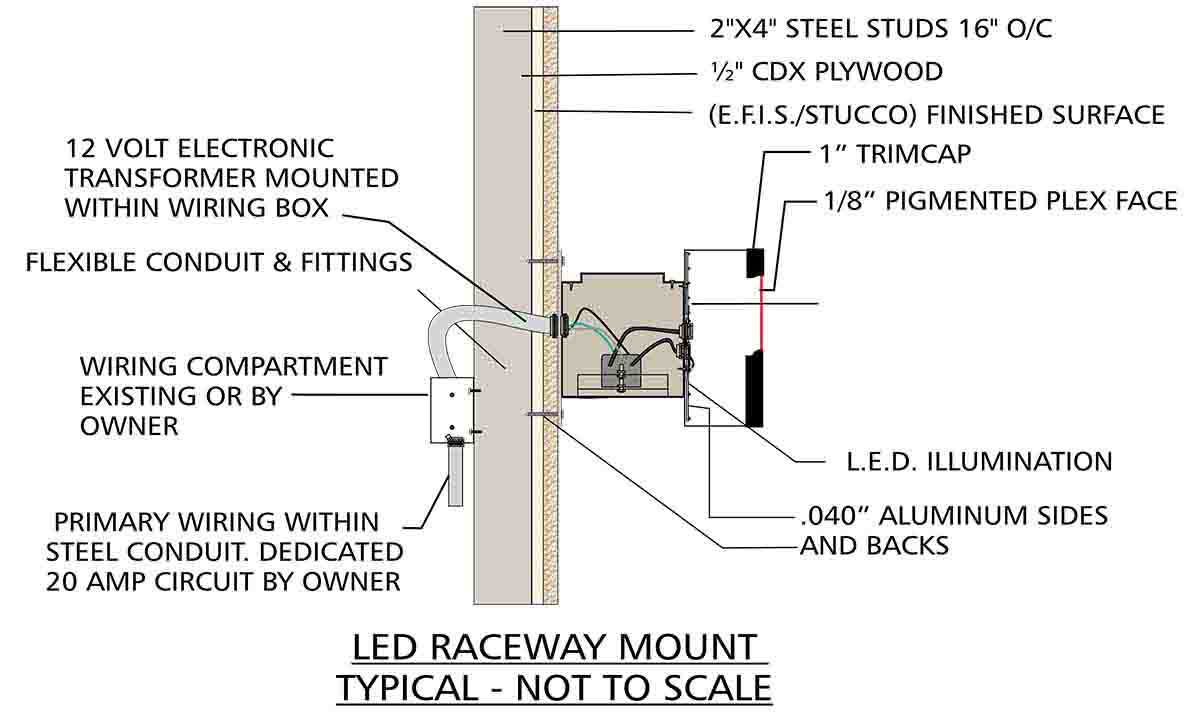